Fire Up the Flavor

The Texas mop sauce, the Kansas City-style sauce, the Tennessee whiskey sauce or the Memphis-style dry rub? Every barbecue fanatic knows that there’s just about as many different ways to cook up a succulent batch of ribs as there are states in the union. From tangy to savory to sticky sweet, our rib recipes are variously dry-rubbed, sauce-slathered, grill-smoked and slow-cooked to help you find your favorite.

Texas Mop Sauce - This style of sauce takes its name because it’s literally mopped onto ribs as they smoke to add flavor and moisture.

Kansas City-Style Sauce - Inspired by the barbecue scene of this city, this sauce packs tanginess & sweetness with dynamic layers of flavors.

Tennessee Whiskey BBQ Sauce - Sweet, tangy and smoky, this sauce is perfection and pairs well with any kind of meat. 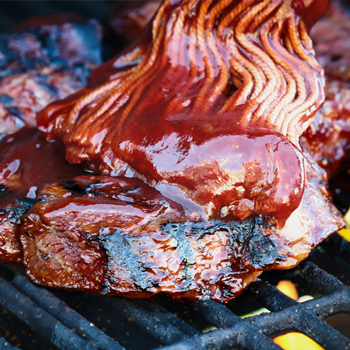 Dang good anytime or any day. 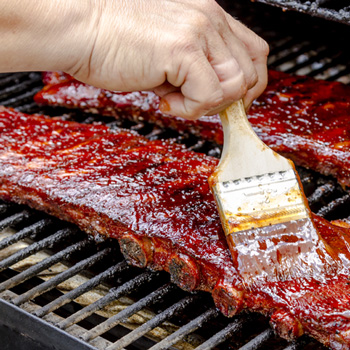 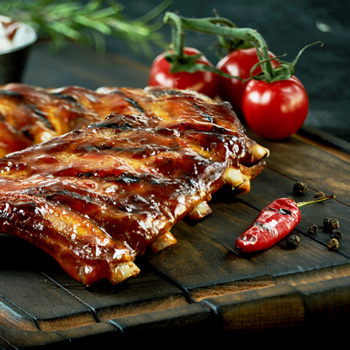 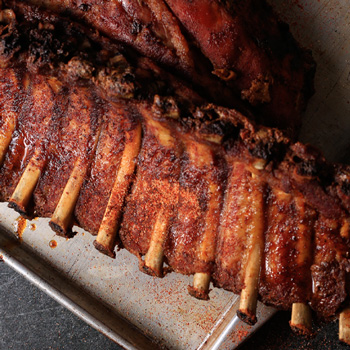 Go ahead and rub it in. 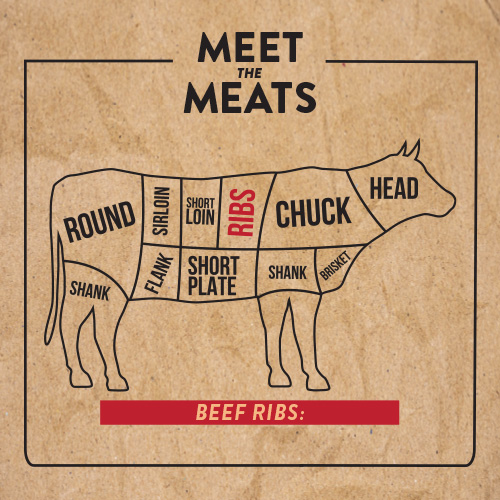 BACK RIBS come from the dorsal area of the cow and have the meat between the bones.

SHORT RIBS come from the lower, ventral section of the cow. The meat is on top of the bones. 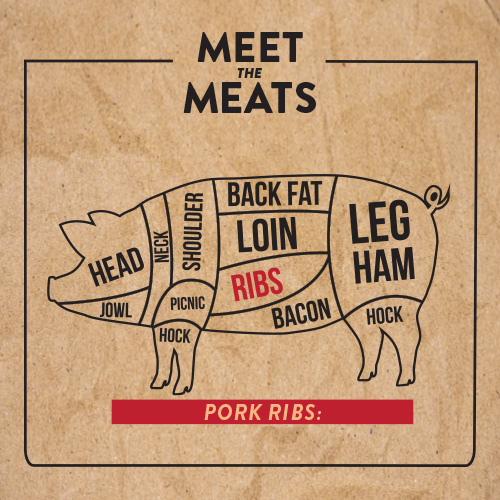 SPARERIBS come from the bottom portion of the ribs.

St. LOUIS-STYLE RIBS are spareribs that omit the rib tips and brisket flap.

BABY BACK RIBS are the most popular and come from the top portion of the rib cage.

COUNTRY-STYLE RIBS are cut sometimes from the loin but usually from the shoulder.

Rack Up The Flavor

Ribs are not the type of dish you’ll eat on a first date. It can get messy but there’s no denying – they’re absolutely delicious. From the very first bite to the very last fall-off-the-bone morsel, it’s impossible not to completely give in to their tender, savory flavor. The next time you get the craving for a real rib experience, just fire up your grill and follow our easy steps to barbecued perfection. Just come prepared with a bib or plenty of extra napkins!

Spare Ribs are probably the most common choice. They’re pretty lean (at least compared to other types of ribs) but they stay juicy and tender if you baste them well.

Country-Style Ribs are far meatier -- they can almost be like little filets. With a higher fat content, they don’t require much extra basting. As price goes, they’re often less expensive than other, making them a good budget-conscious choice.

Baby Back Ribs are shorter than spare ribs and less meaty than country-style. They’re lean, tender and versatile.

Get the Ribs Ready

To prepare your ribs for grilling, rinse use a spoon to loosen the membrane on the underside, then pull it off and discard it. You can par-cook ribs by boiling or braising them beforehand to cut down on your grilling time and help ensure they don’t dry out on the grill. Par-boil ribs by bringing a large pot of water to a rolling boil, then adding spices, salt and pepper, onions, etc. to the water. Place the ribs in the pot and let them simmer for 15-20 minutes or until just tender. After you remove them from the water, pat them dry and then season however you would like before finishing them off on the grill. You can also par-bake ribs in the oven. Simply put your seasoned or marinated ribs into a roasting pan, then add about 1/2 inch of water to the pan. Cover with foil and bake in a 325°F oven for 90 minutes to two hours, depending on the type of ribs. Then you can take them out of the oven and put them right on the grill, basting with sauce if you desire. 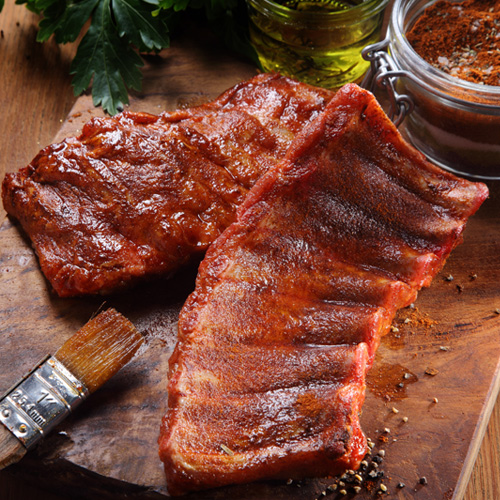 To season your ribs, pat them down with a spice rub, marinate them for a short time or baste them with sauce while they’re cooking. The type of flavoring you choose will give you the opportunity to make your ribs as sweet, savory or spicy hot as you like.

If you’re using a rub, pat the seasoning on just a few minutes before tossing the ribs on the grill. Any longer and the salt and spices can affect the texture and flavor of the ribs a bit too much, giving it a more ham-like taste and feel.

If you’re marinating, ribs should soak in the marinade in the refrigerator for at least 2 hours but no more than 24 hours.

Using a basting sauce? Especially if you choose the perennial favorite barbecue sauce, don’t start brushing it on until the ribs are almost cooked. Since most barbecue sauces contain sugar, and sugar chars easily, you’ll want to add it at the last minute, leaving it on just long enough to get warm. You can always serve your ribs with extra sauce for dipping! 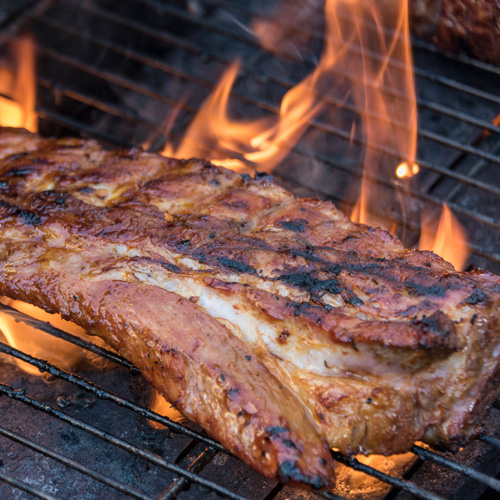 The most tender, fall-off-the-bone ribs are those that are grilled slowly and steadily over medium-low, indirect heat. Don’t rush cooking time or put ribs on too high a heat -- you’ll end up with a dried out, burnt or undercooked rack. Put the ribs on the grill, bone-side down, then keep the lid closed and the temperature steady. Check on them occasionally until they’re done (turn them several times if you wish), which can take up to 2 hours if they’re not par-cooked first and between 20-45 minutes if they are par-cooked beforehand.