Looking back, it's hard to believe that anyone's dream could survive. It was 1936 and the Great Depression had driven millions of Americans out of work. Paul D'Amour, at 30 years old, was full of entrepreneurial spirit. He was a bread route salesman, earning $60 each week at Wonder Bread Baking Co. Paul dreamed of owning his own business. With a family loan of $800–their entire savings–along with help from his brother Gerry, Paul purchased the Y Cash Market for $2,500.

Paul and Gerry began their legacy in 1936 at the Y Cash Market in the Willimansett section of Chicopee, MA at the intersection where two roads converge to form a Y.

Pretty soon, they began to build their business and their reputation. By 1940 business had increased 20 fold and the store had tripled in size. There were ten people working for Paul and Gerry, their two sisters assisting with many areas, including administration, cash handling and financial reporting. From the early years, Big Y was a family operation. The rest is history....

It's 1947 and the D'Amour brothers have opened a second and larger Y Cash Market in a former bowling alley. Business was going well and the D'Amours kept abreast of changes in the food industry. Frozen foods and new techniques in food packaging were revolutionizing food storage. Customers were looking for more variety, self-service and the convenience of one-stop grocery shopping.

In 1952 the brothers took a radical step and opened a 10,000 square foot store, nearly twice as large as most grocery stores at the time. Located in Chicopee, MA at the rotary near the entrance to Westover Air Force Base. Increased activity at the base created an economic boom in the area which included several new housing developments. Because it was so much larger than typical markets in the area and was the first 'modern' supermarket in the city of Chicopee, the brothers settled on the name Big Y Supermarket.

Bouncing back from the shortages imposed during the war, the 1950s were an era of relative abundance, new choices and new variety. Modern supermarkets were in a better position to give consumers all they were looking for. Paul and Gerry quickly recognized that the era of the modern supermarket had arrived, sold their two smaller stores and began to establish supermarkets in other communities.

In 1960, Paul and Gerry opened a 31,000 square foot store, the largest supermarket in Western Massachusetts at the time and their first in Northampton. It also included a beer and wine department. Later, the beer and wine department would become the brothers first liquor store. Customers enjoyed the personalized service, fruits and vegetables from nearby farms and the great values that the D'Amour brothers provided.

Big Y arrived in Springfield in 1967 at the intersection of Breckwood Boulevard and Wilbraham Road. This was the third shopping center, sixth supermarket and third liquor store developed by the D'Amours.

A year later marked a major turning point for Big Y. Now, with six locations, Big Y acquired the Jumbo Supermarket chain of seven stores. The D'Amours seized the opportunity to expand into other communities including the towns of Ware and East Longmeadow. On October 8, 1968, the chain had more than doubled in size with the stroke of a pen. 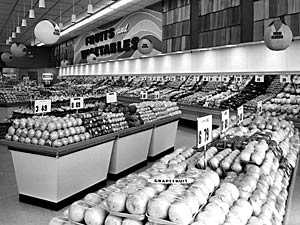 The 1970's heralded continued growth for Big Y. New stores opened in Ludlow, Agawam, Longmeadow and Palmer. The decade also saw the second generation of D'Amour family become involved in the business guided by Paul and Gerry's principles of Value, Quality, Service and a Commitment to the Communities they served! New stores followed in West Springfield, Southampton and Southwick.

In 1981, in tribute to both its employees and its customers, Big Y established an annual scholarship program to recognize academic merit and achievement. Six scholarships were awarded the first year. This began Big Y's commitment to Education, a focus that continues today.

1984 was a pivotal year for Big Y with two major acquisitions. The purchase of a store in Stafford brought Big Y into Connecticut. Later that year, in November 1984, Big Y purchased the former Adams Supermarket chain in Berkshire County of Western Massachusetts and opened stores in Great Barrington, Pittsfield, Adams and North Adams. This brought the total number of Big Y's to 20 supermarkets!

By the time Big Y turned 50 years old in 1986, the company ranked #1 in Western Massachusetts with 21 stores and over 1600 employees. The late 80's were marked by expansions in East Longmeadow, St. James Avenue in Springfield, Palmer, Greenfield, and Mansfield, CT as well as the opening of their first Worcester County store in Holden. In addition, the company's purchase of the former Greenfield's Supermarkets brought Big Y into the Naugatuck Valley, Plainville, and Torrington, CT.

In 1988, Big Y's growing staff of technicians in areas such as refrigeration, plumbing, carpentry and electrical were consolidated into one facility in Chicopee. A year later the company leased office space on Chestnut Street in downtown Springfield in order to accommodate even more support staff. Lastly, Big Y's expanding store count meant more opportunities for self-distribution which led to the purchase of a 100,000 square foot warehouse on Tapley St. in Springfield.

In all, this 50 year milestone was marked by significant expansion and change.

After months of planning, the Express Savings Club' was launched in October 1990. With it came national recognition for a program that eliminated in-store paper coupons while giving coupon savings on hundreds of items each week - all by simply scanning a card at the cash register. The Express Savings Club made life simple for Big Y customers and employees. This innovative program once again put Big Y in the forefront of technological solutions.

In April of 1991, Big Y's co-founder, Paul D'Amour passed away at the age of 84. For 55 years, he was involved in the company's day to day operations as well as plans for expansion. He often enjoyed traveling from store to store in the early morning hours in order to check on deliveries and offer assistance whenever possible. Not once did he stop dreaming of a bigger and better company. Ironically, Big Y celebrated the grand opening of its 29th supermarket on the day of Paul's passing.

In 1996, its 60th anniversary year, Big Y acquired five former Edwards supermarkets in the towns of Avon, East Hartford, Guilford and New Milford, Connecticut and Chicopee, Massachusetts. In that same year, the first Little Y Kids Club, an in-store supervised play area for children, opened in the Manchester, Connecticut World Class Market. This was the first of its kind in Connecticut and only the second in New England.

Big Y went live on the World Wide Web with the release of bigy.com in 1998. And, after more than a year of demolition and construction, the Corporate Headquarters moved into its new 133,000 square-foot home on Roosevelt Avenue in Springfield and became the Store Support Center. This move brought together all store support functions at one location – administrative, distribution, and facilities management. 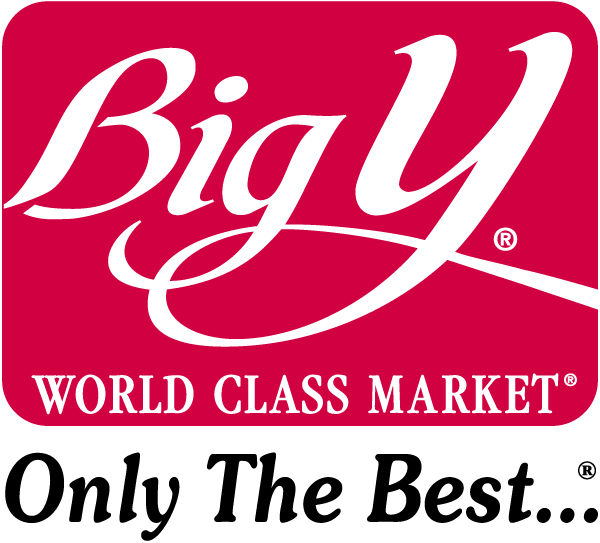 The new millennium brought more advances in technology. A new interactive computerized register system with a touch screen was installed, displaying the customers' purchases on a screen as they were being rung up, showed a running total of purchases and savings, and grouped purchases on the printed receipt by category. This innovative system made the check-out process more efficient, while allowing the customer to learn more about Big Y by choosing options on the touch screen.

In its 20th year, the Big Y Scholarship program awarded almost $150,000 in scholarships to 200 deserving students.

In 2001, Big Y opened its first in-store pharmacy, The Y Pharmacy, in Longmeadow, Massachusetts. Staffed by experienced pharmacists, Y Pharmacies offer shoppers the convenience of filling their prescriptions while they do their shopping.

In July 2002, Big Y acquired the assets of Town & Country Liquors in West Springfield, Massachusetts. Now Table & Vine, this enables Big Y to reach an even larger and broader market. With the September 2003 opening of their Walpole World Class Market, Big Y opened their first location in the Boston metropolitan area.

In 2006 they developed a new prototype store in the Sixteen Acres area in Springfield, MA, called Fresh Acres Market a truly unique shopping experience of an old fashioned market with a contemporary flair. It's like an open-air farmers market with chef prepared entrées, a natural butcher shop, along with gourmet, natural, organic, gluten free and other grocery varieties and so much more.

In 2007, recognizing a need in the communities they serve, Big Y developed its Partners of Hope campaign, to raise funds for local organizations that support awareness, early detection and research toward a cure for breast cancer. They have since partnered with dozens of Massachusetts and Connecticut organizations and raised over $1.7 million with the help of customers and vendors. They continue this work today.

Big Y's philanthropic contributions and their response in times of great need have been swift and generous. Through national disasters like 9/11 to natural disasters like the local tornadoes and national hurricane relief, international events and more, Big Y gave product, resources and volunteered to aide in relief efforts.

From Wilbraham, MA to Old Saybrook, CT, Big Y has grown since 2000. In 2012 Big Y added to their expansion in Eastern Massachusetts with the opening of the Franklin, MA location.

They have continued this expansion in the east with the acquisition of a number of former Hannaford stores, including Easton, Kingston, Milford, Norwell, Norwood, Saugus and West Peabody. One by one, each store is receiving much needed makeovers or renovations, in order to offer all of their customers the same, high quality Big Y experience.

Big Y is one of the largest independently owned supermarket chains in New England.