Grab yourself a mug of bliss.

Individuals are often introduced to tea by a friend or family member. Haven’t received an invitation yet? Consider this yours for National Hot Tea Month. 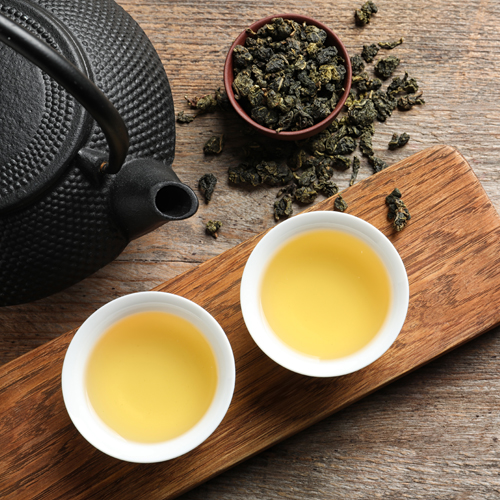 Its warmth and fruity taste melt away chills like Astrud Gilberto’s singing. Its relaxing aroma releases tension like a snowy day siesta. And there is an everlasting variety to choose from. Not just in the types of tea, but also between tea tinctures (commonly called herbal teas). 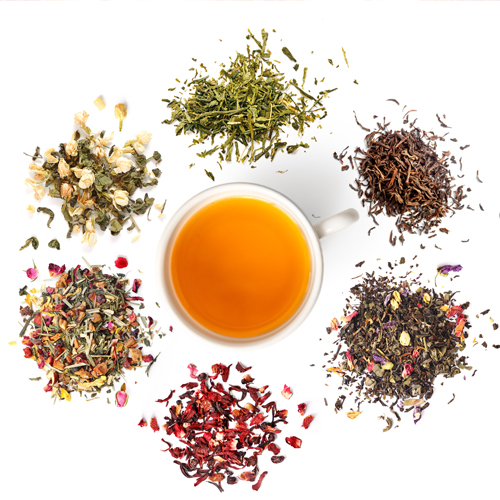 The four varieties of teas are black, oolong, green and white. They come from leaves of the Camellia sinensis plant and are picked at varying stages of growth and handled differently. For example, black and oolong teas go through fermentation whereas green and white are picked and dried quickly. These differences account for their unique flavors, colors and levels of antioxidant-acting plant compounds called polyphenols such as catechins and flavonoids. Polyphenols are the focus of research on tea— specifically its role in reducing cardiovascular disease and cancer risk.

That said, an FDA-approved health claim for tea remains lacking. Keep this in mind when you hear claims but drink up!

Just be cognizant your caffeine consumption stays within 200-300 milligrams each day. That said, a cup of tea has less caffeine than other caffeinated beverages. For example, black teas tend to have 30-60 milligrams caffeine per cup while green teas range between 25-50 milligrams. A cup of regular coffee is said to range from 95 to 200 milligrams. Caffeine sensitive? Go decaf with teas ranging from 1-8 milligrams per cup. 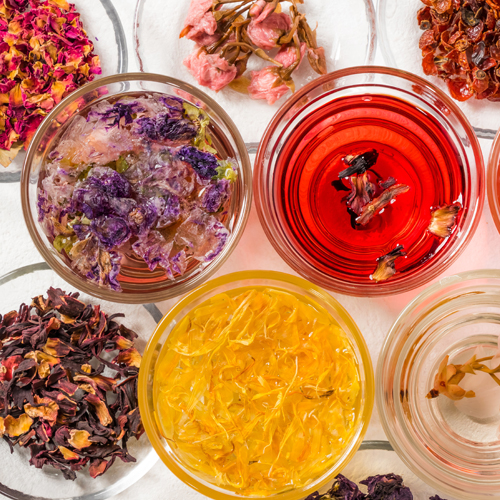 Tea tinctures are not made from Camellia sinensis. Instead, they are the result of a mixture of herbs and flowers like chamomile, peppermint and hibiscus. Due to their complementary and alternative medicine status, the health benefits of the herbs and flowers traditionally found in tea tinctures tend to be a bit more controversial with less research behind them. Again, keep this in mind, but understand additional research is being conducted. Merely be a discriminatory shopper and take any “too-good-to-be-true” claims as such.

In the end, when it comes to tea, our recommendations are the same as fruits and vegetables: consume more than you currently do, mix up the variety daily and get lots of colors!