Remember the good old days when playing with friends was as easy as walking out your front door and joining your neighborhood pals? There was probably always some kind of fun going on. And if not, it wasn’t hard to round up friends to get a game of kickball or tag going.

The Reality is Different Today.

A lot of neighborhoods have changed—some aren’t as populated with kids and many children live greater distances from their friends. Today it is much more common to have arranged playdates than to have spontaneous ones. Even if most play is planned today, it doesn’t mean it can't be as fun for your children as it was for you.

Get the ball rolling and share games that were popular when you were young with your children and their friends. Next time your kids have friends over, or they’re playing in a group at a neighborhood park, teach them these games from your childhood. 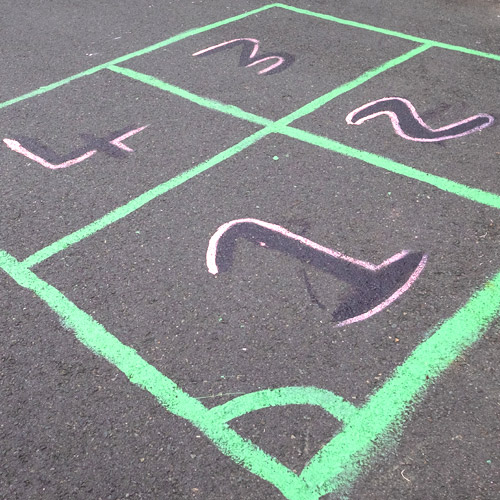 Players: Four or more
Materials needed: Chalk and a big, bouncy ball.
Setup: Using the chalk, draw a large square on the pavement (approximately 16 feet on each side). Divide the large square into four smaller squares (each approximately four square feet). Number the squares from one to four.

How to play: Have each player stand in a square. If there are more than four players, have the extras stand in line outside square 1. The player in square 4 starts the game by serving the ball—bouncing it once in their square before sending it to any other square. That player who receives the ball must then let the ball bounce once before tapping it into another square, and so on. Play continues until a player misses the ball, lets it bounce twice or sends it out of bounds. At that point, the player who missed steps out of the game and goes to the end of the line, and all other players move up a square. The first person in line steps into square 1 (if playing with only four players, the one who missed goes back to square 1). The player now in square 4 resumes play by serving the ball. 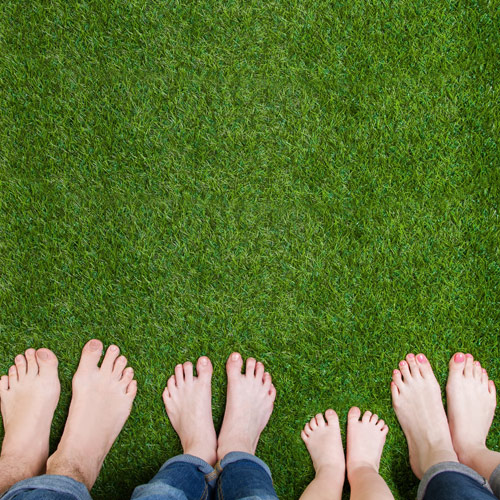 Players: Three or more
Setup: Establish a start and finish line. Designate one player to play the “Stoplight”. Place him or her at the finish line and spread out the other players at the start line.

How to play: The Stoplight player will yell out “Green Light!” and turn their back to the other players while counting aloud for an arbitrary period of time no less than two seconds but no more than 10. While the Stoplight is turned away, the other players at the start line will race toward the finish. When the Stoplight finishes counting, they will yell “Red Light!” and turn around. Upon hearing “Red Light,” all players must stop running and freeze in place. If the Stoplight sees that any players are moving when they are supposed to be remaining still, then they can send them back to the start line. The Stoplight then yells, “Green Light!” again and turns around to count. The game continues on like this until someone reaches the finish line and tags the Stoplight. The first player to do so wins and becomes the Stoplight for the next game. 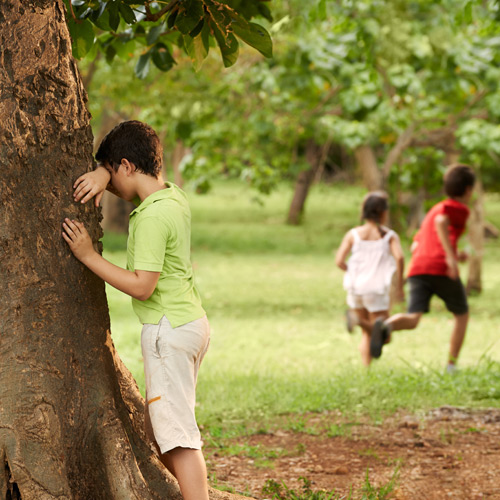 Players: Three or more
Materials needed: A large area with good hiding places and an empty can.
Setup: Select one player to play the “Tagger.”

How to play: Kick the can is a fun combination of hide and seek and tag. To play, the person selected as the Tagger kicks the can to signal the start of the game. The Tagger then closes their eyes and counts to 50 while the other players run and hide. When finished counting, the Tagger then has to try and locate the players in their hiding spots. Once a player is found hiding, they must race back to the can and kick the can over before the Tagger touches (tags) them. If they reach the can first, then they are “safe.” If the Tagger reaches the can first, then the player is considered “captured” and placed in a penalty box where they must wait to be rescued by one of the other players. To free captured players, a hidden player may run to the can, kick it and yell “Safe!” Captured players are then free to run and hide from the Tagger again. The game resumes until players grow tired. 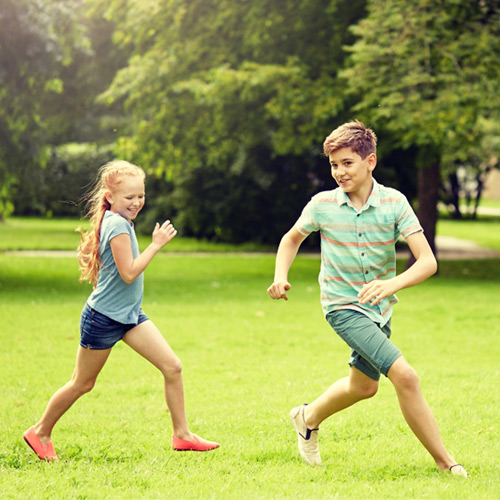 Players: Three or more
Materials needed: A sunny day.
Setup: Designate one player as the “Tagger.”

How to play: The idea of this game is for the Tagger to “tag” another player’s shadow by stepping on it. So, as the players run around, they must try to keep their shadow away from the Tagger by changing directions or running under a shaded object (like a tree) for a few seconds. When someone’s shadow is stepped on, they become the next Tagger.