Beer Story in the Making

We, as a society, have been enjoying brews since the beginning of time. There’s a plethora of types and variations to satisfy any palate. Still, beer can be distilled into 2 great types: ales and lagers.

The fermenting process creates a unique distinction between these two. Ales are made by fermenting yeast at warmer temperatures settling at the top of the beer. This process is called top fermentation, and it takes just a few weeks to complete. For lagers, the fermenting process is longer. It takes place under cooler temperatures, which makes the yeast settle at the bottom of the beer. Depending on the type of lager, this process could take months to complete.

Let’s take a look at some of the styles and variations within these two types.

Home is where the ale and its variations are. 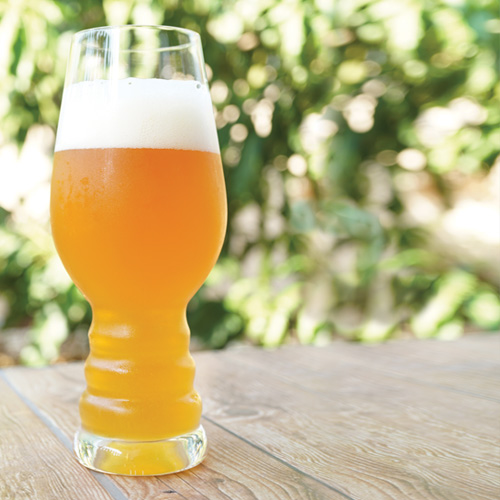 The most popular craft beer today is the India Pale Ale. Its hallmark is hops, which give the beer flavors and aromas like citrus, spice, tropical fruits, pine and berries.

Within this style, there are many varieties. WEST COAST or AMERICAN have bitterness as their brand. NEW ENGLAND-STYLE IPAs are often brewed with oats and wheat, and hops are added during the fermentation, cutting down the hops’ juicier aroma’s bitterness.

If you like the hop taste, then IMPERIAL and DOUBLE IPAs are for you. They have a higher alcohol-by-volume (abv) content as well. 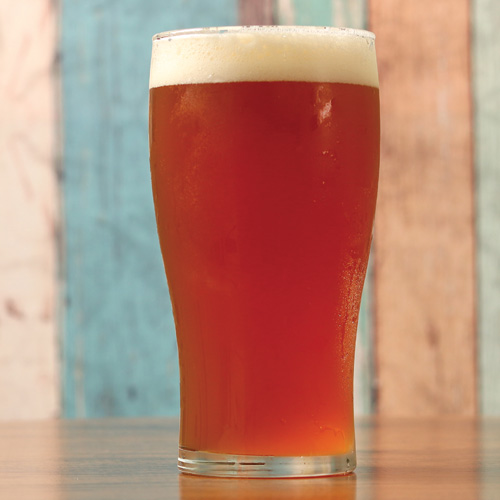 This type of beer tends to be lower in abv and hops than IPAs with a biscuit-like flavor and a more balanced character. Where’s the gravy? 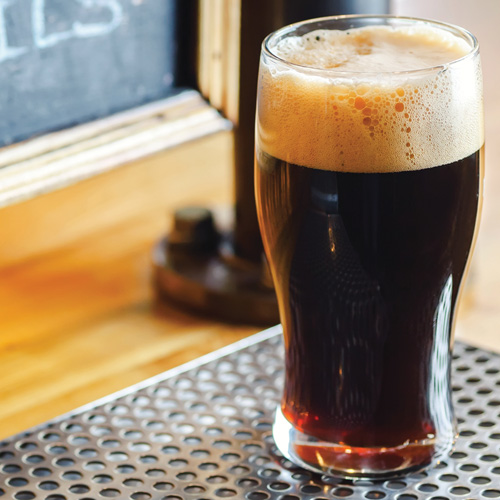 These dark-colored ales are brewed with roasted barley. They transmit chocolate and coffee flavors. Some are aged in Bourbon or other wooden barrels to give them a boozier character.

Can you name one of the most famous Stouts out there? It starts with a G and ends with uinness. Yes! Guinness is a dry Irish stout known for its nitro pour and softer mouthfeel. If you haven’t tried it yet, what are you waiting for? 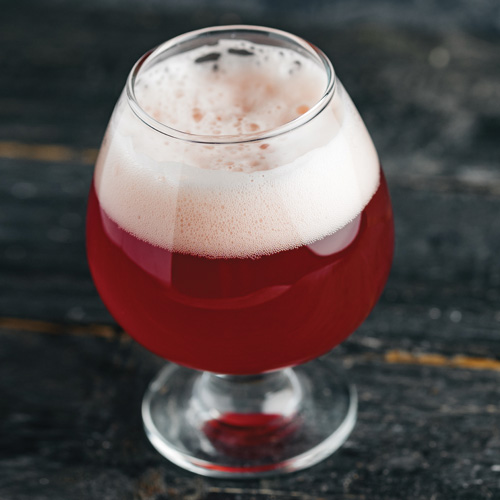 These ales are known for-you guessed it right-their tart flavor. It's given by lactobacillus added during the brewing process. There are KETTLE SOURS and BERLINER-STYLE WEISSE beers, which are blended with fruits to balance them with sweetness. 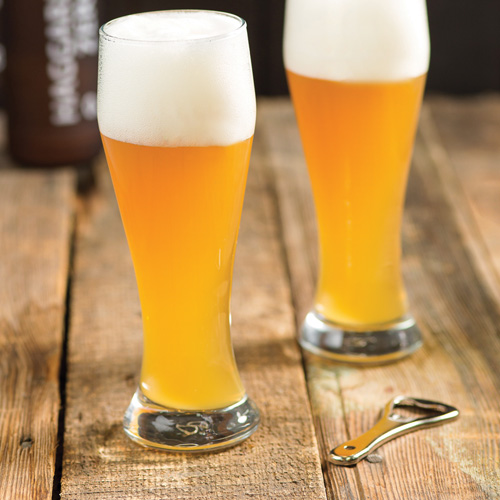 They are brewed with a copious amount of grain, which adds body and flavor. Some of the most well-known wheat beers are HEFEWEIZEN, WITBIER, DUNKELWEIZEN and AMERICAN WHEAT. GOSE is a type of wheat beer brewed with salt, which gives it a savory taste. You can find it with a fruit blend as well.

The most popular style in the world has multiple variations. 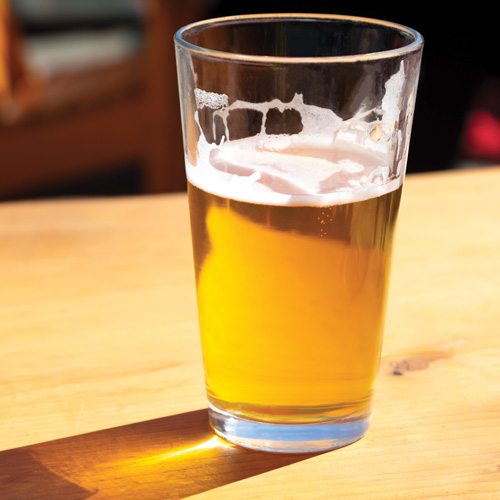 The city of Pilsner in the Czech Republic popularized this style, hence the name. It’s easy to drink, highly carbonated with slightly spicy notes from hops.

Helles means “pale in color.” These beers are usually golden. They offer a touch of sweetness balanced by hops and light bitterness. Clean and crisp. Refreshing with a soft and bready malt character. 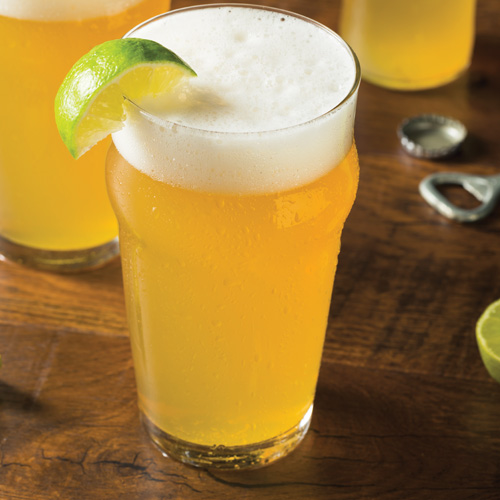 They are brewed with the most important ingredient in Mexican food: corn or maize. The CLARA-STYLE is clear with zero bitterness and generally low abv. That’s what makes it the perfect complement for summer cookouts. 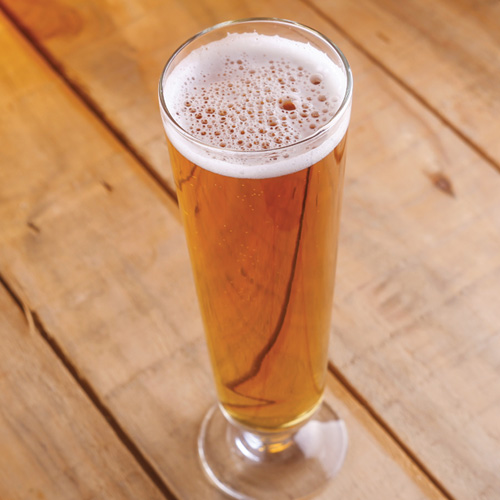 These types of lagers are made with toasted malts, which gives them their amber color. Made popular in the Mexican scene, its flavor showcases malt character plus hop spiciness. 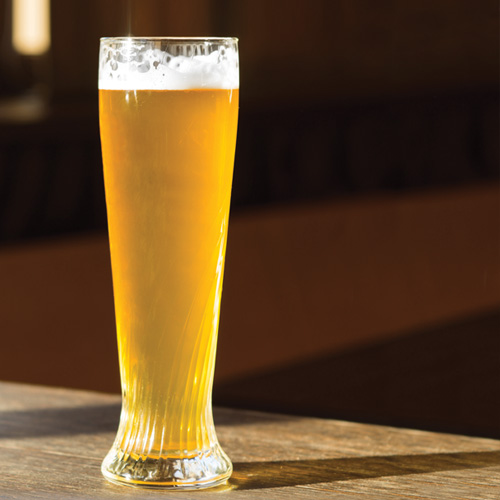 This beer is an ale fermented at lager temperatures. The result is a clear, golden-style beer with a crisp, fruity flavor.

Click here to learn more about the proper glassware and serving temperature of these types of beer.